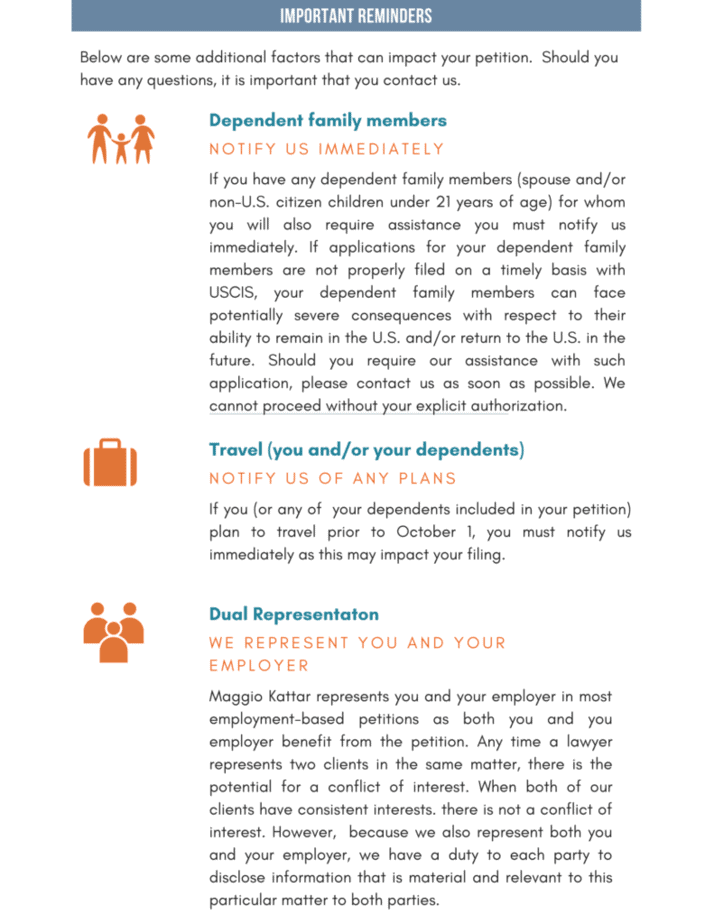 Form I-944, Affidavit of Self-Sufficiency,List of Supporting Documents

Under the Immigration and Nationality Act (INA), an individual could be denied a visa to the U.S. or a green card if the U.S.

As of February 24, 2020, United States Citizenship and Immigration Services (USCIS) requires new forms and additional documents for most types of immigration cases in order to address the revised Public Charge Rule.

The Three Stages of Employer Sponsored Permanent Residence via PERM

1) PERM Labor Certification: Recruitment and Prevailing Wage Determination
2) I-140 Application for Immigrant Visa and Proof of Ability to Pay
3) I-485 Adjustment of Status

U.S. immigration law requires all employers to complete and maintain an I-9, Employer Verification Eligibility, form for each U.S.

E-Verify System Was Unavailable January 4th and 5th 2021: What Employers Need to Know

The E-Verify system experienced technical issues which caused it to be unavailable beginning at some point January 4th, 2021through the entire business day of January 5th, 2021

For employers who participate in E-Verify, it is important to note that the unavailability of E-Verify has no impact on an employer’s ability to timely complete the Form I-9 and employers should never delay and employee’s start date due an inability to create a case in E-Verify.

U.S. Citizenship and Immigration Services (USCIS) has recently announced the implementation of the H-1B registration process for H-1B cap-subject Petitions.  The H-1B Petition registration period will begin on March 1, 2020.

Foreign nationals may be inadmissible to the United States for a multitude of reasons, including health-related grounds, economic grounds, criminal grounds, moral grounds, violations of the Immigration and Nationality Act regarding entry or documentation, fraud or misrepresentations, security and related grounds, and other miscellaneous grounds.

The “E” category was established to give effect to treaties between the United States and foreign countries that provide for reciprocal benefits to nationals of each country who invest in the other country, or who conduct trade between the two countries.