Accreditation: Admitted to Practice in the District of Columbia 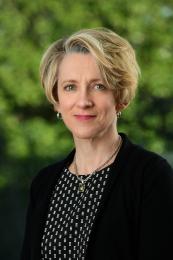 Elizabeth Quinn is known for her creative solutions to some of immigration law’s toughest cases. A recognized authority on business immigration matters and the unique problems of J-1 exchange visitors. Among her clients are hospitality and biotechnology companies, physicians, researchers, O-1 artists and musicians, prestigious think tanks, and those working in the human rights field. She has a particular expertise in developing creative solutions for those seeking permanent residence under the EB1 extraordinary ability and outstanding researcher categories and EB2 “national interest waiver” petitions. She works with global companies in transferring employees to US subsidiaries and affiliates on L and E visas. She also handles family-based immigration matters, routine and complex naturalization applications. Her J-1 expertise encompasses advising on obtaining J visas for trainees, interns and specialists, and options for obtaining waivers of the two year home residence obligation (no objection, hardship, persecution and Interested Government Agency/IGA waivers).

Elizabeth has written and lectured on a wide-range of immigration issues, from introductory immigration law courses for other lawyers to the complexities of visa options for international medical graduates. She has been recognized as a top lawyer by The Best Lawyers in America, Who’s Who Legal-Corporate Immigration, Washingtonian magazine, and The Washington Post.

A member of the American Immigration Lawyers Association (AILA), Elizabeth has lectured at AILA conferences, is a member of AILA’s Rome District Chapter focused on consular issues and previously served on AILA’s Department of State liaison committee (2009-2011). She has served as faculty for the District of Columbia Bar Association’s Continuing Legal Education (CLE) program, organizing courses and publications, and lecturing, on nonimmigrant and immigrant visas, as well as family immigration issues. She is a member of the National Association of Foreign Student Advisors (NAFSA) and the National Lawyers Guild-National Immigration Project. Since 2019, Elizabeth has served as a court-appointed Trustee of the District of Columbia’s Clients’ Security Fund.

Elizabeth graduated with honors from The George Washington University Law School in Washington, D.C. (1993), where she was selected as a first-year research assistant in the GWU Government Contracts Program and was a student attorney in the school’s Immigration Law Clinic. She holds a BA in government, with honors, from The College of William & Mary (1985-1988). Elizabeth spent her junior abroad at the Université de Montpellier in France. She is proficient in French and travels regularly to France to meet with corporate and individual client

Selected Conference and Other Presentations